One of the oldest brand in Europe
Is great for city roads
It is simple, practical and easy to drive;
The first generation of the line was produced from 1996 till 2010, with little restyling. The second generation was presented in 2004. It was then that the car received its new engine and body design. The year 2007 marked the appearance of an all-wheel off-road station wagon with enlarged clearance. Every year security systems kept on improving significantly.
Reacts sensitively
o survive the economic crisis, the company merged with one of the largest Czech industrial associations, and thus the Skoda trademark was born, well-known to this day. The company only benefited from rebranding, and things began to gradually improve. Production of cars was amplified by production of trucks and buses.
Fast, elegant and safe Skoda Rapid has an engine capacity of 1,6 liters and an output of 110 hp. The vehicle has low fuel consumption that is great advantage for a car from this class. Octavia from third generation is the latest model from this class.
Beautiful appearance It has increased sizes compared to the previous model and more space for the passengers. The trunk is also bigger, so it allows more bags.
Excellent road behavior Out of the city it can reach the maximum allowed speed very fast ( 140 km/h for highway). Octavia is a 5-seater, type sedan with big trunk. You can choose it for your family trip or a vacation with friends.
Car Class: Mid-Size Luggage Capacity: 590 LTR 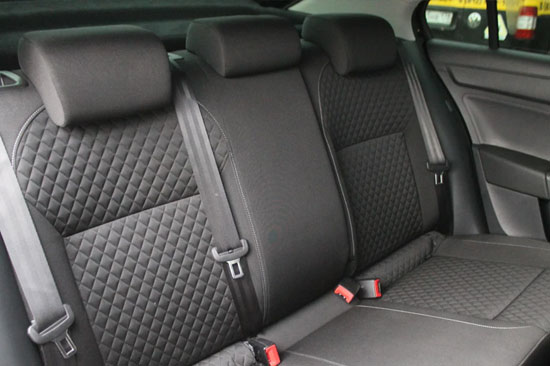 Perhaps one of the most spacious in terms of hauling luggage at 590 liters, the Skoda Rapid luggage capacity is a perfect fit for travelers that need a lot of room for luggage on longer trips. Able to easily fit 5 large suitcases in the trunk alone, the Rapid allows for each passenger to bring plenty of their belongings for their Europe vacation. The massive trunk can also be extended by folding the backseats down, so longer items like skis can be packed with no problem. With a 60/40 split in the rear seats, extra storage space can be achieved without sacrificing all rear space. 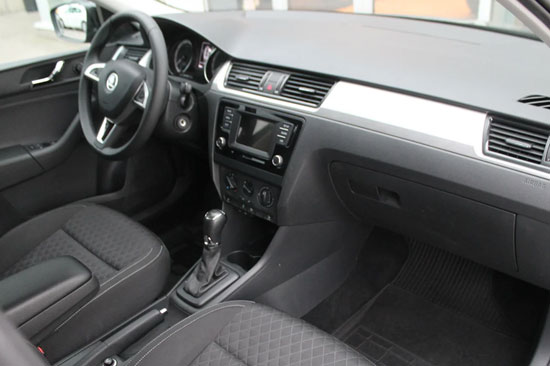 The Skoda Rapid really can't be beat in the cabin space department, equally accommodating to large and small passengers alike. The amount of legroom leaves nothing to be desired, and there is plenty of headroom as well, so you won't be hitting your head on bumpy roads. The seats are extremely supportive and comfortable, as well. Passengers can go for long drives without needing to stop and stretch as much, because of the amount of room available to stretch legs on the go. For families and groups, the Skoda Rapid is a top choice in terms of comfort and spaciousness. With a 5-star safety rating, travelers can also rest assured that the car will protect them in the event of an accident.

A Skoda Rapid rental is a great rental choice for travelers in need of a little extra space on their trip to Europe. Intermediate or mid-size cars are a step above compact cars, offering a little extra room for both passengers and luggage. The Rapid seats 5 passengers comfortably, making it perfect for families and groups traveling together. With 590 liters of trunk space - enough room for 5 large suitcases - the Rapid is among the best in terms of luggage carrying ability. The hatchback design also makes loading and unloading luggage a breeze. The size of the car mainly affects fuel economy in cities, but on highways and in the country, the Rapid gets as many miles per gallon as many compact cars, and it doesn't skimp on power either.